West Ham manager, Slaven Bilic is no stranger to pressure. 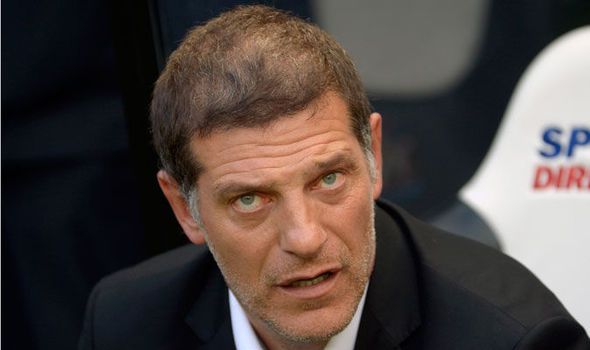 The current situation for the beleaguered Croatian is almost a carbon copy of where he found himself this time last year.

The Hammers had been dumped out of the Europa League at the qualifying stage and were marooned at the bottom end of the table. The difference with then and now was that they were newcomers to the London Stadium. They haven’t got that excuse now.

With just a solitary win in their first six games and once again, sitting in the bottom three, time is running out for Bilic. However, Bilic has gained some unlikely support this week in the shape of the man he will pitting his wits against next.

Swansea manager, Paul Clement, whose team travel to the London Stadium on Saturday says the pressure placed on Bilic is “unfair.”

The Crystal Palace sacking Frank De Boer after just 4 outings sent shockwaves through the game and Clement like Bilic is feeling the heat after a poor start from his Swansea team.

The Swans manager took time out from his preparation to speak up for Bilic saying, “It is unfair that in such a short period that managers are under pressure. De Boer has gone after four games and after six we are talking about more manager leaving.”

He added, “I know Slaven, I met him when he was at Besiktas and he has a lot of passion and energy experience. I think the fans like him and his personality.”

It’s ironic that despite all these words, it could be Clement that lands the killer blow that ends up relieving Bilic of his duties if the Swans win in London on Saturday. It’s basically a relegation six-pointer one month into the season. Crazy.

Previous Post: Slaven Bilic Cuts out a Frustrated Figure Ahead of Newcastle Game
Next Post: David Moyes Unmoved by Return to Goodison Park