West Ham will be beaming with confidence as they welcome Tottenham Hotspur in their Premier League clash on Sunday. The home side will want to break a jinx that has seen them go winless at home against Spurs in close to four years in the league. The Hammers are currently in flying form having won five of their last seven matches, while the visiting side have lost four games in their last five fixtures. 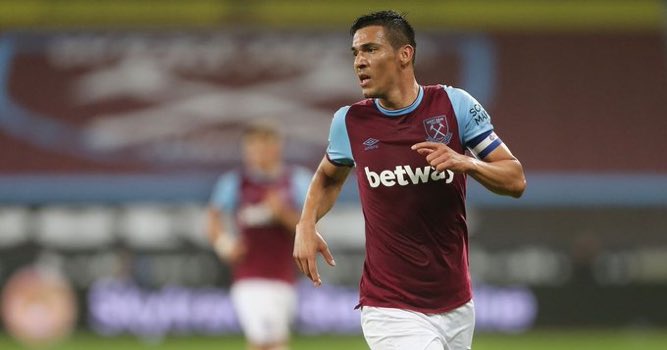 There’s everything to fight for in this tie, with Tottenham eager to come out with a win after West Ham produced a brilliant comeback in the reverse fixture to draw the game 3-3 after initially going 3-0 down. José Mourinho and his men will want to get the win in order to have their morale boosted following a couple of poor results lately.

The match will be played at the London Stadium on Sunday, 21st of February 2021. The scheduled kick-off time is 12pm and it will be shown on Sky Sports.

Ahead of the game, Fabian Balbuena and Michail Antonio both face late fitness tests and will be assessed to confirm if they will be able to feature in the clash. Tottenham, on the other hand, will be hoping that star striker and England forward Harry Kane will be fit enough to make the trip following his absence from the team that won at Wolfsberger in the Europa League on Thursday.

Dele Alli and Gareth Bale were brilliant in Europe for Spurs but were later substituted, which suggests that either or both players could play a part in the game. Heung-min Son is another player that was brought off the game but is expected to make the starting line-up on Sunday.

The home team West Ham are currently in form and will want to continue that way. However, Tottenham will do enough to avoid defeat in the league again. The prediction for this match is West Ham 1-1 Tottenham.