West Ham United attacker Jarrod Bowen made his debut for the Three Lions of England during the UEFA Nations League clash with hosts Hungary last week Saturday. He had earlier been invited to the England squad for the four UEFA Nations League games this month after a stellar season for the Hammers. Bowen was a key player for West Ham United as they finished seventh on the final Premier League log thereby securing a place in the UEFA Europa Conference League next season. Also, he was part of the Hammers team knocked out of the UEFA Europa League in the semifinals by eventual champions Eintracht Frankfurt of Germany via a 3-1 aggregate win. 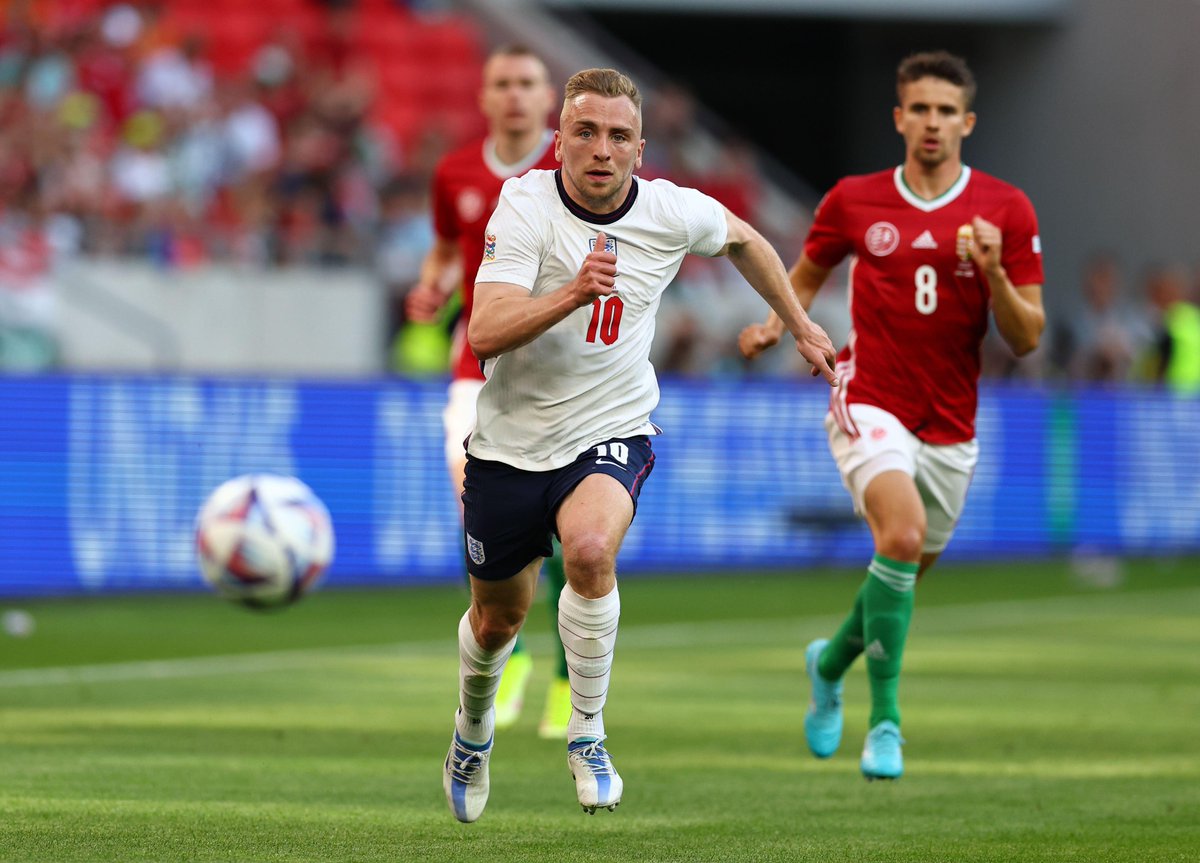 Bowen was handed his England debut during the defeat to Hungary at the Puskas Arena in Budapest. The West Ham United forward played the whole game, but he could not prevent his team from losing 1-0 to Hungary with RB Leipzig midfielder Dominik Szoboszlai scored the only goal of the match just before the midway point of the second half. Szoboszlai made no mistake from the spot when substitute Reece James was penalised for a foul in the box four minutes after he had come on as a substitute for Trent Alexander-Arnold.

Bowen won his second England cap during the Nations League clash with hosts Germany on Tuesday. He came on as a substitute for Bukayo Saka. The West Ham United star played the last eleven minutes of the game as Tottenham Hotspur striker Harry Kane scored a late penalty to ensure that his team secured a draw from the game. Borussia Moenchengladbach player Jonas Hofmann scored the opener on 50 minutes before Kane scored the equaliser from the spot.