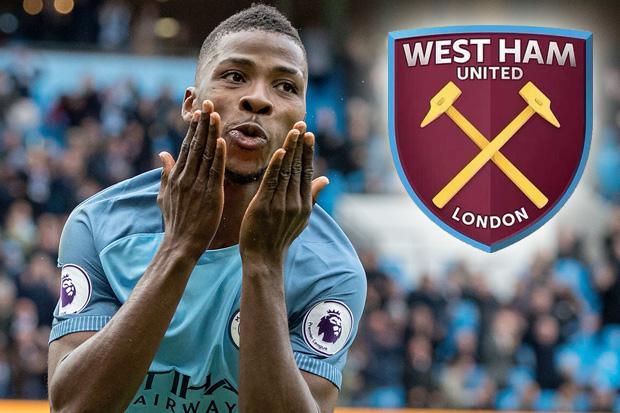 The Nigeria international was largely a backup player last season with Sergio Aguero and Gabriel Jesus getting the backing of Pep Guardiola upfront.

The Nigeria international emerged during the presence of former City Manuel Pellegrini, and many felt that he could make the cut in the starting lineup under new boss Pep. However, the Catalan tactician opted to rely on the services on the ever-impressive Aguero while winter recruit Jesus also got his chances to impressive in the first XI.

Iheanacho scored 15 goals in 35 outings under Pellegrini, and this appears to be a distant feat when compared to last season’s tally of just seven goals in 29 outings. The player’s representative has been discussing terms with a host of Premier League clubs, and he insists that the Hammers are leading the race ahead of the likes of Everton, and West Bromwich Albion.

“Talks with West Ham are very advanced I must confess and barring any last minute hiccup he will end up joining them,” he said. “If not them then any other team in England but not outside England.

Slaven Bilic’s team are likely to place a £20m bid for the striker’s signature, but there is every possibility that Pep would demand a buy-back clause to be inserted into the player’s contract – just as they often do at former club Barcelona. The Hammers largely struggled to find the right combination up front, and this saw them utilise Michail Antonio as their centre-forward during the second half of the season.