The representative of Lucas Perez has confirmed that West Ham United are among the clubs vying for his client’s services this month. The Spaniard has barely featured for Arsenal during pre-season and he could be headed through the exit door with a number of European clubs vying for his signature. 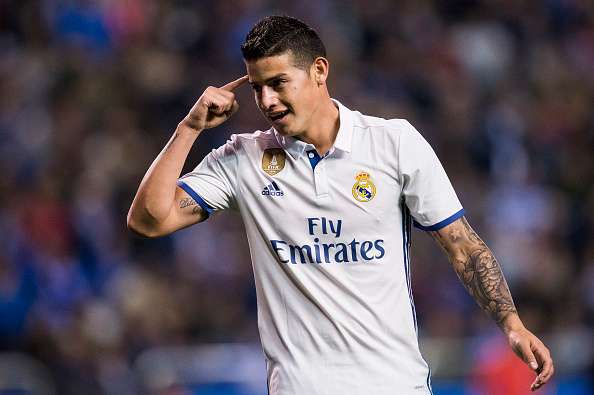 Speaking to ESPN FC, agent Rodrigo Fernandez Lovelle confirmed that Perez is being considered for a move to the London Stadium with the Hammers having already lodged a transfer offer, he said:“I know that West Ham want him and they have made an offer. It is an option. Lucas is happy at Arsenal but he wants to play regularly and West Ham is an option for him. There are other clubs interested but joining West Ham would allow him to continue in London and in the Premier League and Lucas wants to continue in London. In Spain there was also interest from some clubs, but they are not willing to assume the transfer.”

Arsenal bought Perez from Deportivo La Coruna for £17.5m in the summer of 2016 and he was immediately been dubbed as the Spanish Vardy. However, barring a couple of Premier League appearances, Perez could not make a strong impression during his debut season and he was thereafter loaned out to Deportivo for the 2017/18 campaign.

According to reports, the north London outfit are prepared to sanction Perez’s sale during the current transfer window with manager Unai Emery hoping to recoup funds for one more summer signing. However, the Capital outfit may have to take a huge hit on the attacker amid suggestions that they may not receive more than £5m for the Spanish frontman.

Aside from Perez, the likes of Joel Campbell, Carl Jenkinson, and Danny Welbeck have been tipped to head through the Emirates exit door. Emery is supposedly keen on pursuing another centre-back before the Premier League transfer deadline.